Changing Sea Surface Temperature and Atlantic Menhaden (Brevoortia tyrannus) abundance and its effect on the abundance of the Atlantic Bottlenose Dolphin (Tursiops truncatus) and Humpback Whale (Megaptera novaeangliae) in Cape May, New Jersey 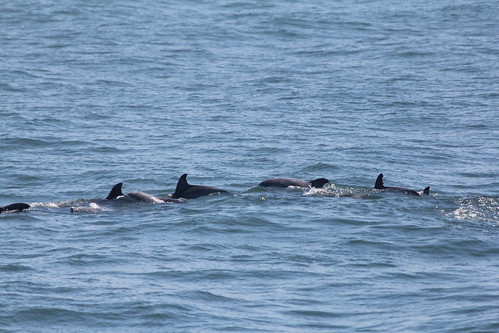 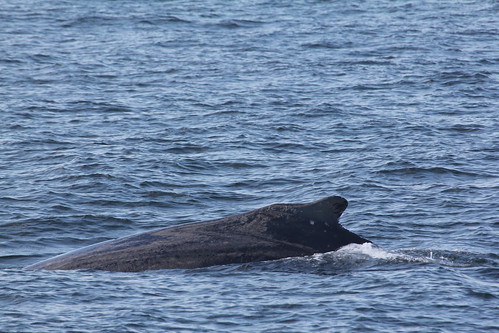 For this project I have developed a scale to determine the abundance of menhaden during a sighting of either bottlenose dolphin or humpback whale. When arriving upon a sighting the first two pieces of data that are recorded is the species that is being viewed and the geographic coordinates of the sighting. Then after recording the species an estimation is made of the amount of Bottlenose Dolphin (Tursiops truncatus), and Humpback Whale (Megaptera novaeangliae) that is in the sighting. Often times when sighting a group of bottlenose dolphin there will be between 20 and 30 individuals. Once determining the size of the group the water temperature of the area is collected using a sensor on the boat. After all of these factors are determined the next piece of data that is focused on is the menhaden scale. There are two factors that are taken into account when recording the menhaden scale data the first is the abundance of menhaden on the surface. Menhaden when in the presence of a predator will often push towards the surface, and can be easily seen as a dark cloud moving through the water. Based on the size of the cloud and the amount in the area and estimation between one and ten is made. Then I look towards the depthfinder on the boat to determine the amount of menhaden that may be under the surface of the water, this is also an estimation between one and ten.

Through this research I expect to see a positive correlation between the size of the group of marine mammals present in a sighting and the abundance of atlantic menhaden in the area. I also expect to see a negative correlation between sea surface temperature and abundance of Atlantic Menhaden, and marine mammals during a sighting. I also expect to  see an increase in the size of the groups of Atlantic Bottlenose dolphin (Tursiops truncates)  as the temperature drops and other species of baitfish begin their migration south. Leaving menhaden as their main source of food in the region.