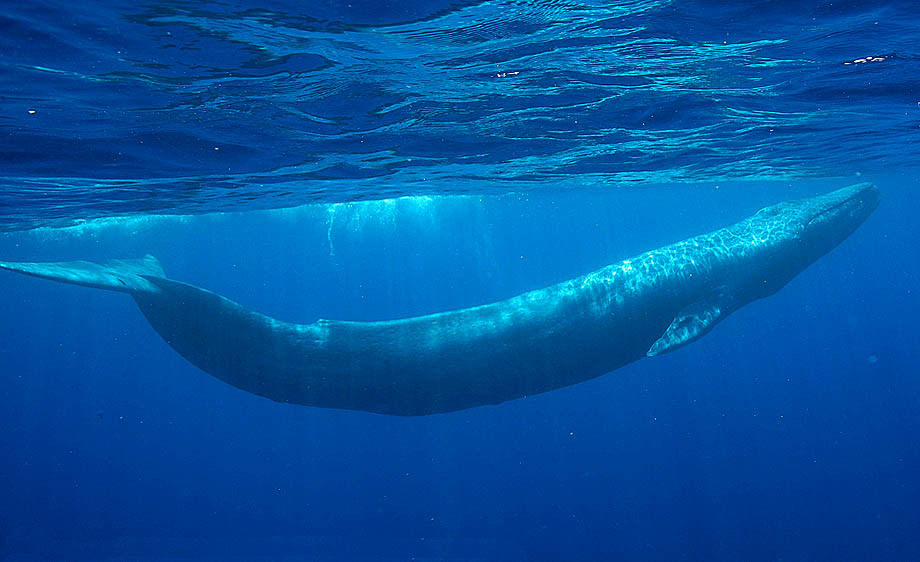 The Blue Whale is the largest animal in the world, growing up to 110 feet long (33 meters), they are larger than the biggest dinosaur. The blue Whale is a baleen whale, like the humpback whale we see in Cape May, New Jersey, it has no teeth but it has baleen plates at the top of its mouth. The baleen plates allow the blue whale to eat up to 2,200 pounds of food a day, keeping their weight consistent at 330,000 pounds.

How many blue whales are there?

One of the most popular stories about the blue whale is that its heart is the size of a small car and its aorta (biggest artery in the heart) is large enough for a human to swim through it. In August 2015, scientists were able to study and preserve the heart of blue whale found dead in Canada. They found that the heart of the blue whale isn’t the size of a small car, instead it was as big as a small golf cart. Its aorta was also smaller than predicted, being 5ft x 4ft x 4ft, it was large enough to only fit a human head. Although the Blue whale’s heart isn’t as big as scientists thought, it’s still one of the largest hearts in the world, capable of pumping 58 gallons of blood per second.

One of the biggest threats to the blue whale is vessel strikes. The coast of California is home to ports for ships carrying goods to and from the US. Blue whales also travel to the Coast of California to feed in the summer and to migrate to Mexico and Costa Rica in the winter. They migrate to different areas to feed, mate, and to give birth. When traveling off the coast of Southern California, blue whales encounter large container ships which could accidentally collide with the whales.

“Aerial footage from Sky9 showed a giant blue whale surfacing briefly and then diving below the surface, appearing to take a red buoy underwater, too.”

Another threat to blue whales is entanglement in fishing equipment and other types of marine debris. On September 7, 2015 a blue whale was spotted near Los Angeles dragging hundreds of feet of crab pot fishing line. Marine Mammal experts were worried if the whale wasn’t freed, it would have trouble feeding, or quickly tire and drown. Rescuers couldn’t continue to cut the line due to lack of visibility at night but attached a buoy to the whale so they could spot it and finish the rescue. When fisherman cast their nets off their boats, blue whales and other species of whales sometimes become entangled when swimming in the area. When entangled, the heavy fishing equipment could weigh the whales down, causing them to struggle to reach the surface and breathe.

How can we help save the blue whale?

We can all do our part to help save the blue whale by keeping the oceans clean. If anyone is on a boat and sees fishing equipment floating in the water, let authorities know or take it out of the water. Floating debris such as fishing equipment can not only entangle whales but also smaller sea creatures such as turtles or birds which could affect the oceanic ecosystem. You could also help by letting ships in the area know when blue whales are nearby. Contact the ships and tell them which direction the whales are heading, to reduce the chances of the whales getting struck. We can all do our part to ensure the largest animal in the world can travel in peace and be safe.