The Impending Extinction of the Vaquita

In 2017, I purchased one of my first travel mugs. A percentage of this purchase went to fund conservation of the vaquita (Phocoena sinus), which is a small porpoise endemic to the Gulf of California in Mexico (Porpoise Conservation Society). I still use this mug today- I’m using it as I write this blog post. When I bought the travel mug, there were fewer than 30 vaquitas left. In 2021, this estimation has dropped to less than 10 (IUCN).

What is a vaquita?

In Spanish, “vaquita” translates to “little cow.” Vaquitas are the smallest cetaceans on Earth, and are identifiable by dark rings around both eyes and dark patches at the mouth reaching back toward the eyes (World Wildlife Fund).

The species was not discovered until 1950, when a vaquita skull was found on the northern shore of the Gulf of California. It was not until 1958 that a new porpoise was officially recorded (Porpoise Conservation Society). Only 60 years later, it faces extinction.

Alright, so what’s happening to the vaquitas?

Vaquitas are the most endangered marine mammal species. Their decline is linked to illegal fishing of another critically endangered species, the totoaba, (Totoaba macdonaldii) via the use of gillnets. Gillnets accidentally entangle 1 in every 5 vaquitas, causing them to drown when they are unable to surface for air (World Wildlife Fund). Although gillnets are permanently banned in Mexico, they are still used by commercial fishermen. 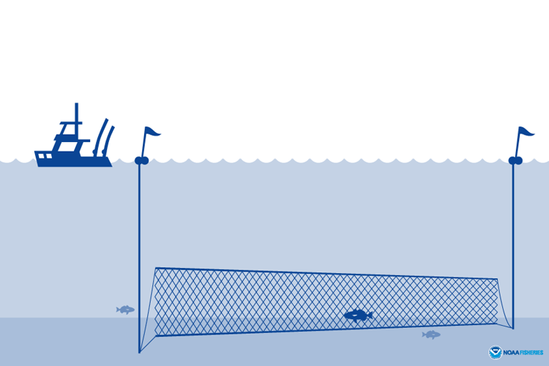 Despite both vaquita and totoaba species being critically endangered, there is a high demand for totoaba swim bladders. In China, these swim bladders are considered a delicacy because they are thought to have medicinal properties. For this reason, they are known as “cocaine of the sea” and can sell for around $46,000 per kilogram on the black market (Mulhern 2021). Cracking down on this illegal trade is essential to the survival of both the totoaba and vaquita species.

What can I do to help?

In order to help the vaquita, it is imperative that we make smart choices when buying seafood. Illegal fishing in Mexico poses a large threat to the vaquita, and it is important to lessen the demand. When shopping at grocery stores, be sure to support local independent fishermen, or look for the Fair Trade Certified logo that indicates sustainability.

The most important thing you can do to save the vaquita is to simply spread the word. A lot of people are simply unaware, and bringing attention to this ongoing issue could save the species. If the vaquita goes extinct, the future of the Gulf of California’s ecosystem is unknown.

International Union for Conservation of Nature. (2019, February). Report of the Eleventh